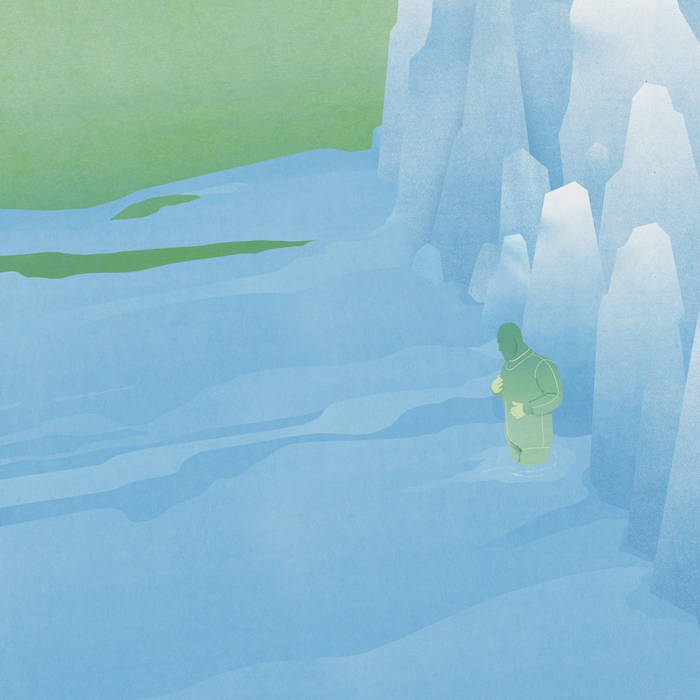 The Distant, Everyday is the first full-length album by Low Lumens, the recording alias of visual artist and musician Danny Bracken.

The sound of ringing church bells mix with swelling synthesizers in the expansive opening track, “Santa Clara.” In many ways, the meditative song sets the tone for the ten track album, a record that is simultaneously complex and spacious. There is an undeniable sense of upbeat repetition, something reminiscent of dance or electronic music. Yet, with bits of voice and acoustic instruments, the compositions retain a sense of humanness. Throughout, a subtle tension weaves: there’s a crackle in the woodwinds, slight feedback in a synthesizer, and a confused auto-tuned brass ensemble lying just below the polished surface.

In 2014, Bracken released two EPs, Dawn and Dusk (later merged into Dawn/Dusk and picked up in 2015 by Philadelphia based Burnt Toast Vinyl). It was his first album under the Low Lumens moniker and comprised eight instrumental compositions. They were playful experiments in song making and signaled his first self-produced musical works to be released.

Just weeks after Dawn/Dusk was released, Bracken began work on The Distant, Everyday’s opening track. The song was crafted while he was artist-in-residence at the 15th century Spanish convent named “Santa Clara” and took influence from the spaces and sounds of the cavernous stone building. The record progressed sporadically over the following three years. There were exhibitions, compositions for films and commercials, and everyday life that filled the gaps. To complete the wandering collection of songs, he found moments at his home studio in Pittsburgh, as well as at other artist residencies and while traveling in Washington, The Netherlands, and Ireland, their locations inspiring many of the songs’ titles.

From a young age, Danny was surrounded by music. His mother sang in community choirs, his father organized folk festivals and recorded orchestras. Bracken’s oldest brother has performed in a dozen countries, his sister once fronted an indie-pop band, and younger brother is probably playing on a stage somewhere tonight. It was of little surprise when Danny started recording music and playing in bands as a teenager: in many ways, music is the family business.

From 2004-09, he was member of the Chicago-based ensemble Anathallo and wrote, recorded, and toured extensively with the group. In 2010, he was a musician-in-residence at Pittsburgh’s installation art museum, the Mattress Factory. The project gathered an international group of musicians to write, perform, and produce the album A Generous Act. He continuous to exhibit internationally as a visual artists, and his commissioned music has appeared in commercials, award-winning documentaries (Blood Brother, Woman on Fire), and television sitcoms (Downward Dog).

Bandcamp Daily  your guide to the world of Bandcamp

Featuring interviews with the mighty Hiatus Kaiyote and genre-busting L'Rain.